WTO Geneva Meet: WTO conference will start from today, India will emphasize on protecting the interests of farmers and fishermen 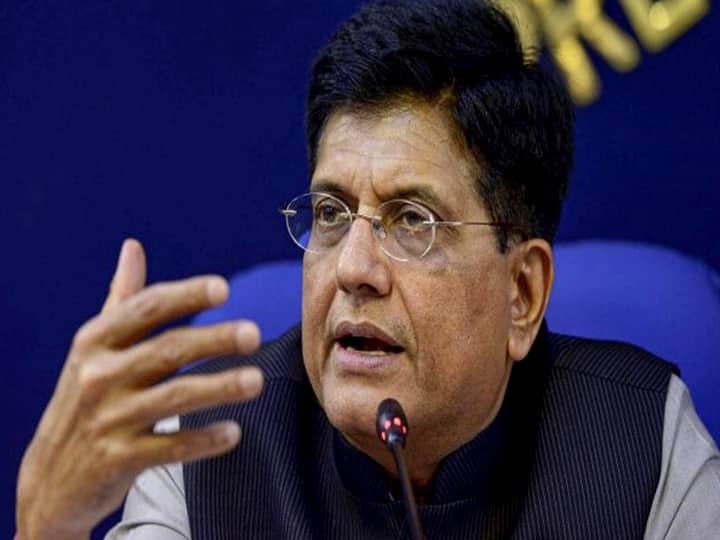 WTO Geneva Meet: In the 12th Ministerial Conference (MC) of the World Trade Organization (WTO) beginning on Sunday, India will emphasize on a permanent solution to the issue of public storage of food grains for food security programs and to firmly protect the interests of farmers and fishermen. Commerce and Industry Minister Piyush Goyal will lead the Indian delegation in this meeting.

It is believed that the WTO may try to negotiate an agreement on fisheries, about which India has clearly made it clear that it is the developed world that is responsible for the depletion of marine resources and that it will agree on subsidies to its fishermen. will not.

Brajendra Navnit, a permanent representative of India in the World Trade Organization, said that, we are fully committed that we will maintain the rights of fishermen in any way and will not allow any impact on their livelihood. There will be no hindrance in the subsidy they get, this is India’s commitment and India will not bow down to it.

Let us tell you, the four-day meeting of the WTO’s apex body ministerial conference will start in Geneva from today. The meeting is taking place after a gap of four years, at a time when Ukraine and Russia are at war and the global economic situation is full of uncertainties. The last time this meeting was held in Argentina was in 2017.

There is expected to be extensive discussion on the issues of the proposed fisheries subsidy agreement.

The MC is the highest decision-making body of the 164-member World Trade Organization (WTO). In this meeting, mainly the WTO response to Covid-19, patent exemption, agriculture and food security, WTO reforms, the proposed fisheries subsidy agreement are expected to be discussed extensively. In this conference, India will emphasize on a permanent solution to the issue of Public Storage (PSH) for food security programmes. The PSH program is a policy measure under which the government buys crops like rice and wheat from farmers at the Minimum Support Price (MSP) and stores them and distributes food grains to the poor.

However, the WTO’s agreement on agriculture limits the government’s ability to buy food grains at MSP. According to global trade rules, the food subsidy expenditure of a WTO member country should not exceed 10 per cent of the production value based on the 1986-88 reference price. WTO member states are also negotiating a Fisheries Subsidy Agreement, which aims to end subsidies for illegal, unreported and unregulated fishing, and to ban subsidies for overfishing and overfishing to ensure sustainable fishing. be encouraged.

Subsidy ban should provide at least 25 years of relief- India

It is estimated that 34 percent of global storage is made up of overfishing, which is ten percent more than in 1974. These figures show that the areas with the presence of fish were over-exploited. Japan, Australia, New Zealand, the European Union, Canada and the US insist on streamlining and disciplining subsidies, while countries such as India and Indonesia seek flexibility under specific and specific treatment.

India says that developing countries that do not fish in remote waters should get at least 25 years of relief from the subsidy ban on over-fishing. India will strongly oppose the continuation of the customs duty on e-commerce trade in the upcoming WTO meeting and insist on abolishing it, as it is adversely affecting the developing countries. India and South Africa have also proposed temporary exemptions from certain provisions of the WTO in intellectual property rights.

Prophet Muhammad Row: Nupur Sharma has been summoned by Mumbai Police for the controversial statement, will have to appear on June 25