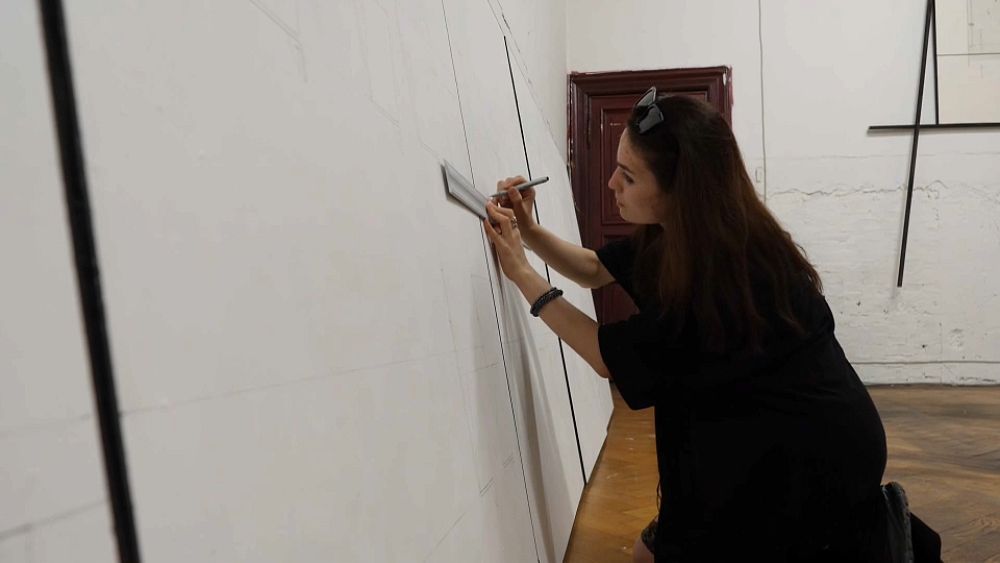 Sofiia Yesakova is tricky at paintings, making a large-scale drawing that represents the Ukrainian infantrymen that experience died protecting their place of origin.

For a very long time, artwork gave the impression unnecessary, however shifting right into a Ukrainian artwork collective in Berlin has helped.

“For the first two months I couldn’t pick up a pencil or a brush, couldn’t think about anything” she explains.

“Everything seemed useless and meaningless because the war was on.

“People have been loss of life so what may I in all probability draw? But after I arrived right here, and for the final two weeks in Kyiv, I finished despairing and I began to attract”.

The art collective, called the Ukrainian Cultural Community, has been set up with the help of German organisations and funding.

Eighteen Ukrainian artists are living here, in a 500-square metre flat that used to be a brothel, right in the centre of the German capital.

Viktoriia Temnova is from Kherson, a city in the south of Ukraine that is occupied by Russian troops.

Back home she was a well-known fashion photographer.

Here in Berlin, she is exhibiting photos from the city from before the war – to show people the real face of her home.

“My city now has another… everything. Like, it is still Ukraine but with no rules. With someone who just wanted to do something violent with your people” she says.

Around 70,000 Ukrainian refugees have made Berlin their home, and each person brings their own story, their own sorrows, and their own hopes.

The artists who ended up in the German capital have brought their own art – and their own way of looking at the world – to the city.