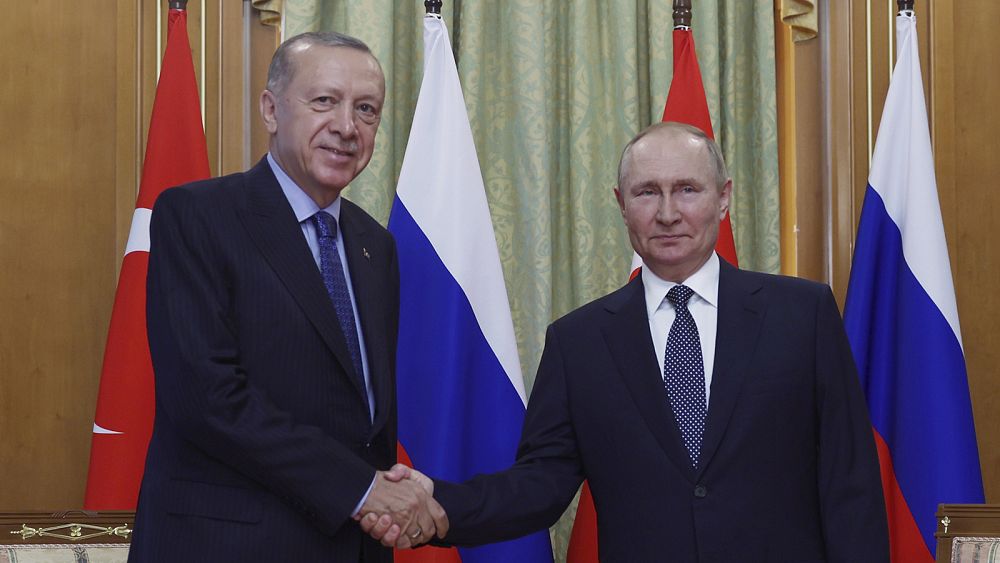 Moscow is looking for a deal to strengthen economic cooperation with Ankara, Russian President Vladimir Putin said on Friday as he hosted his counterpart Recep Tayyip Erdoğan in the southern city of Sochi.

The meeting took place as the Kremlin’s invasion of Ukraine continued well into its sixth month.

“I hope that today we can sign a memorandum on strengthening our economic and trade ties,” Putin said at the start of the meeting with Erdoğan, broadcast on Russian television.

The Kremlin leader thanked the Turkish president for his efforts to reach an agreement between Moscow and Kyiv on the delivery of grain from Ukrainian Black Sea ports.

“Thanks to your direct involvement and the mediation of the UN Secretariat, the problem of Ukrainian grain deliveries from the Black Sea ports has been resolved. Deliveries have already started, and I would like to thank you for that,” he said.

More than a dozen cargo ships were still waiting to leave the Ukrainian ports on Friday, and although wary of any deal with Putin and the Kremlin, the Kyiv authorities were calling for the deal to be extended to other commodities, such as metals.

Russia targeted the port city of Odesa and other coastal regions of Ukraine one day after the UN- and Turkey-mediated grain exports deal between the two belligerents in Istanbul on 22 July, fueling fears that Moscow could further target the cargo ships on their way out of the Black Sea.

For his part, Erdoğan said he hoped his meeting with Putin would “open a very different page in Russian-Turkish relations”, adding that delegations from both countries had held “very productive” talks, including on trade and tourism.

The Turkish president also said he wanted to talk to his Russian counterpart about Syria, where Ankara is threatening to launch a military operation against Kurdish groups it calls “terrorists”, which Moscow opposes.

“Discussing developments in Syria on this occasion will help calm the region. Our solidarity in the fight against terrorism is very important,” Erdoğan said.

The Turkish head of state also said he wanted to ensure that the construction of the Akkuyu nuclear power plant by Russian nuclear giant Rosatom in southern Turkey would respect the “fixed timetable,” while a dispute risks causing delays in this mega-project.