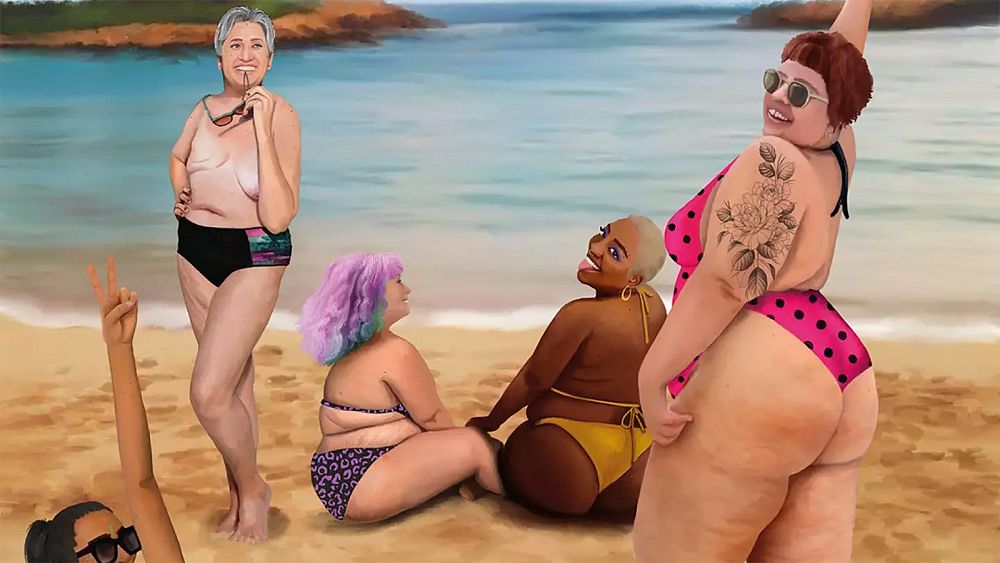 A British model has questioned whether racism is at play over the Spanish government’s failure to apologise for her face being used in a body positivism campaign.

Nyome Nicholas-Williams, 30, Sian Green-Lord, 32, and Juliet Fitzpatrick, 60, were shown in a poster commissioned by the country’s equality ministry.

Pictured on a beach, it was part of an initiative to discourage women from being uncomfortable about their bodies in bathing suits. It showed women of different ages, sizes and skin colours with the slogan: “Summer belongs to us, too”.

But all three women later complained, saying their faces had been used without their permission.

Now Nicholas-Williams has taken to social media to claim neither she nor another black model, Green-Lord, had received an apology from the government, in contrast to Fitzpatrick, who is white.

Nicholas-Williams told Spanish news agency EFE that she “had not heard anything” from any of the parties after the initial apology from Arte Mapache, who designed the poster.

“I think it’s pretty obvious that we two black people haven’t been apologised [to],” she said. “I think it’s self-evident what it could be. I was the one who brought the whole thing up. And Juliet, who found out much later, has an apology, and Sian and I don’t.

“As a black woman, I’m used to things like this happening. I don’t bring it up all the time, but in this case, I feel like I should.”

Nicholas-Williams also rejects the government’s initial argument that it was not responsible for the errors because it had only commissioned the poster.

“That’s the easy part, to say it has nothing to do with them, to absolve themselves of any responsibility,” she said. “Sure they did hire someone, but before you do that, you do your due diligence to see if these people being used are real. You have to essentially do your research.

“It would be great if they could understand why it’s so harmful and hurtful to me, Sian and Juliet. I think it’s important to educate them on why consent is so important and why someone’s body shouldn’t be changed. Considering that all the campaign was about body image, all this makes no sense.”

Spain’s Socialist-led coalition government, which came to power four years ago, has made women’s rights one of its political banners.

The cabinet has 14 women and eight men in ministerial positions.

The Spanish government did not immediately respond to Euronews’ request to respond to Nicholas-Williams’ claims.