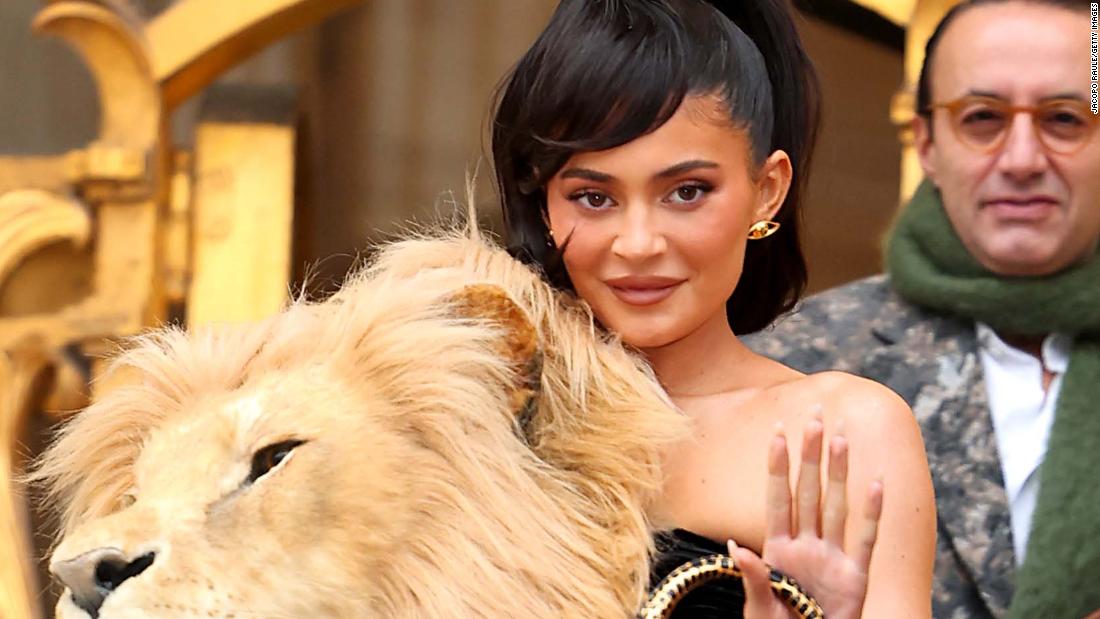 Nothing says fierce like the use of an apex predator as a brooch. On Monday, Kylie Jenner stole the display at Schiaparelli’s couture runway in Paris when she arrived in a black velvet strapless robe decorated with the life-size head of a lion — a pre-release from the label’s Spring-Summer 2023 couture assortment that debuted moments later.

The hyper-realistic pretend head (entire with a manicured mane) lined the whole lot of Jenner’s torso. She completed the outfit with a couple of black Schiaparelli sling-backs with golden embossed feet.

Moments after taking her seat, Jenner’s surreal lion glance used to be noticed once more at the runway along a sequence of different animalistic ensembles. According to the display notes, the gathering used to be impressed by means of Dante’s “Inferno” and the 9 circles of hell — a metaphor for the doubt and artistic torment all artists revel in, wrote ingenious director Daniel Roseberry.

Drawing actually from the 3 beasts that seem within the 14th century poem, Roseberry reimagined the leopard, the lion and the she-wolf within the assortment; “representing lust, pride and avarice respectively.” Naomi Campbell modeled a boxy, black pretend fur coat with a wolf’s head rising from the left shoulder, whilst Canadian fashion Shalom Harlow wore a strapless snow leopard tube get dressed with a roaring pussycat head bursting during the bust.

The head-turning items had been built solely by means of hand from foam resin and different man-made fabrics. Yet regardless of Schiaparelli specifying the items are “faux-taxidermy,” the visible parallel with trophy looking manner some social media customers are discovering the gathering tough to understand.

But for Roseberry, if the garments are instilling concern then they are doing their task. “Inferno, Purgatorio, Paradiso: One cannot exist without the other,” he concluded within the display notes. “It is a reminder there is no such thing as heaven without hell; there is no joy without sorrow; there is no ecstasy of creation without the torture of doubt.”