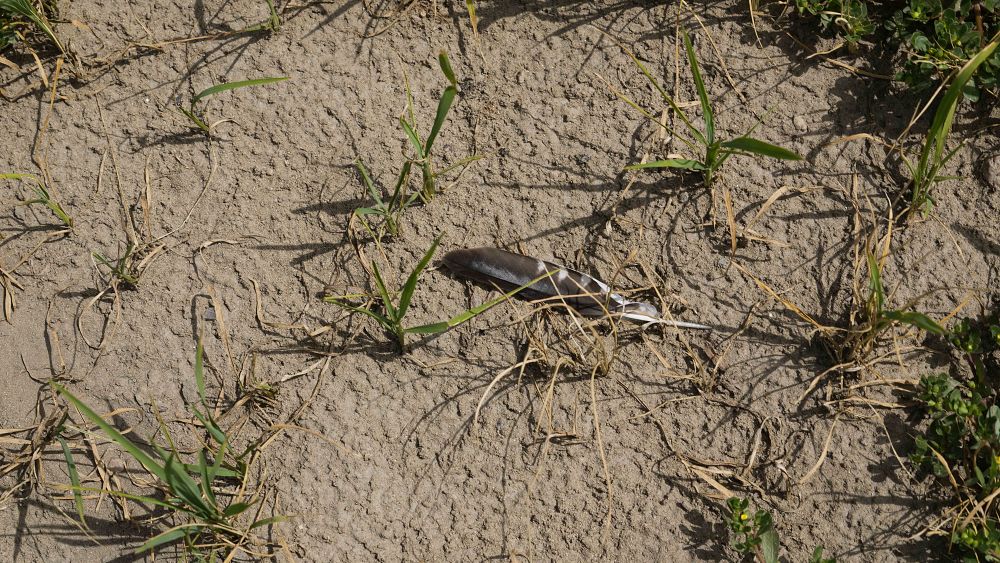 Risotto rice production in Italy’s Po River valley is under severe threat as a historic drought continues to cause paddy fields to turn bone dry and become toxically salty.

Farmers say harvests of the rice used for risotto could be damaged for years by the increased salt content, which is seeping into the earth.

“As you can see, the situation is tragic, because we are talking about a loss of nearly 60%,” said rice grower Elisa Moretto.”These losses are not yet definitive because, besides the saltwater problem, we also have the problem of the huge heat.”

“The 2022 harvest is at risk,” she added, saying rice plants may not even be able to make an ear and ripen this year due to the extreme conditions.

Rice plants in Italy’s northern Po River Basin rely on water from aquifers. These are turning increasingly salty due to the Po River being at an all-time low, which is allowing more seawater to flow up the delta.

The amount of water in the Po River — the largest in Italy — hit just 95 cubic metres (3,350 cubic feet) a second last month, due to drought conditions caused by a lack of both snow melt and seasonal rain.

This water level is one-tenth of the annual average.

Moretto, who owns the Moretto Agricultural Society, warned that these environmental troubles could have a permanent effect.

“A big problem of ours is also that, if salt remains on the soil, we risk also losing future harvests, because a salty field doesn’t yield, it burns any kind of plant and crops sown,” she said. “Beyond the short-term damage, we have to deal with all that is considered as future damage.”

The Po Valley, which accounts for nearly a third of Italy’s agricultural production, is facing an unprecedented drought.

Water levels of the Po River running through the region are 2 metres (7ft) lower than average, while temperatures in June are 3.5 degrees higher. These environmental extremes are the result of human-induced climate change.

It has been nearly two months since rice farmers in the Po Valley have been unable to tap fresh water for agriculture, creating huge knock-on effects for their businesses.

Moretto hoped her business can salvage one-third of their crop this year. But she questioned whether it was possible to make a profit since other factors like increased fuel and fertiliser costs are also having an effect.

“I can’t determine the economic loss,” she said, citing how the price of fertiliser had increased from 40 to 120 euros per 100kg.

Rodolfo Laurenti, deputy director of the Po Delta drainage consortium, told reporters the level of salt recorded in the water of the Po River is way above what is suitable for agriculture.

“In this moment we are recording the value of 21 grams of salt per litre of water,” he said. “This value is really high and it is not suitable for water distribution in agriculture, since the maximum limit is 1 gram of salt per litre,” he says.

The impact of the drought may last for many years to come since saltwater is leaching inland over distances never before recorded and seeping into aquifers — underground layers of rock that can hold water.

The Po River is fed by a delta, an area where fresh and saltwater exchange. However, with the river at historic lows, more salty water is flowing upstream, which is causing the region’s salination problems.

According to Giancarlo Mantovani, director of the Po Delta drainage consortium, this will cause “permanent damage.”

“When the salty water goes into the groundwater … it takes years and huge amounts of fresh water for it to be got rid of,” he said, describing the issue as an “environmental problem”.

“The vegetation on the riverbanks, amphibians and birds have disappeared, and the whole ecosystem living around a freshwater environment, as we had in this territory, is no longer here,” he says.