China's military drills around Taiwan are a 'significant escalation', says US' Antony Blinken 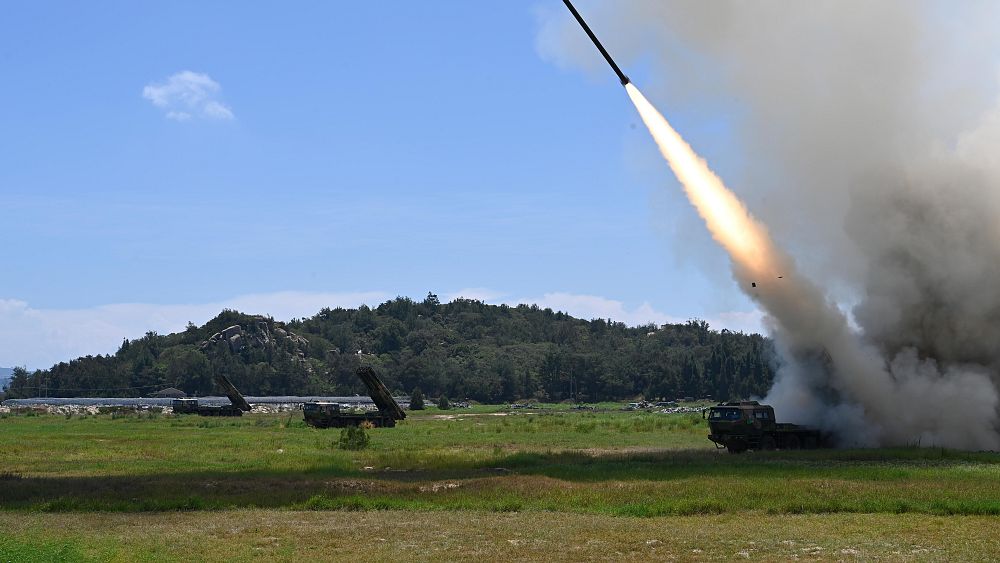 As Nancy Pelosi concluded her four-day congressional trip to Asia on Friday, tensions in the region reached their highest level in decades.

Angered by her visit to Taiwan, Beijing launched some of its most intensive military exercises in recent years, conducting “precision missile strikes” in the waters around the self-governed island.

Five of those missiles landed in Japan’s Exclusive Economic Zone off Hateruma, an island far south of Japan’s main islands, according to the country’s defence minister Nobuo Kishi. He called the missile landings “serious threats to Japan’s national security and the safety of the Japanese people”.

The military exercises involved China’s navy, air force and other departments and took place in six zones surrounding Taiwan, which Beijing claims as its own territory to be annexed by force if necessary.

US Secretary of State Antony Blinken said China’s actions represent a “significant escalation” and that he has urged Beijing to back down.

Blinken told reporters on the sidelines of a meeting with the Association of Southeast Asian Nations in Cambodia, however, that Pelosi’s visit was peaceful and did not represent a change in American policy toward Taiwan, accusing China of using it as a “pretext to increase provocative military activity in and around the Taiwan Strait.”

He said the situation had led to a “vigorous communication” during East Asia Summit meetings in Phnom Penh in which both he and Chinese Foreign Minister Wang Yi took part along with the ASEAN nations, Russia and others.

“I reiterated the points that we made publicly as well as directly to Chinese counterparts in recent days, again, about the fact that they should not use the visit as a pretext for war, escalation, for provocative actions, that there is no possible justification for what they’ve done and urge them to cease these actions,” he said.

While the US has not said it will intervene, Washington will keep naval ships on station in the area to monitor the situation. US law requires the government to treat threats to Taiwan — including blockades — as matters of “grave concern”.

Along with its moves to isolate Taiwan diplomatically, China has long threatened military retaliation over moves by the island to solidify its de facto independence with the support of key allies including the US.

Experts say the scale of the drills is meant to flaunt Beijing’s military might and show what an eventual invasion could look like.

“They are designed to project fear, to strike fear in the hearts of the Taiwanese, to make this idea that reunification is inevitable, reinforced and underwritten by hard power,” said Alessio Patalano, professor of war and strategy in East Asia at Kings College London.

Pelosi, the speaker of the US House of Representatives and a longtime critic of China’s human rights record, has rejected the contention that her trip escalated regional tensions, calling it “ridiculous.” She said her trip to Taiwan was not intended to change the status quo for the island, but rather to maintain peace in the Taiwan Strait.

Speaking in Tokyo on the last leg of her Asia trip, Pelosi said Beijing will not isolate Taiwan by preventing US officials from visiting.

“They may try to keep Taiwan from visiting or participating in other places, but they will not isolate Taiwan by preventing us to travel there,” she said.

China announced unspecified sanctions on Pelosi and her family over what they called a “provocative” visit.

A Chinese Foreign Ministry statement said that Pelosi had disregarded China’s serious concerns and resolute opposition to her visit, which it said undermines China’s sovereignty and territorial integrity.