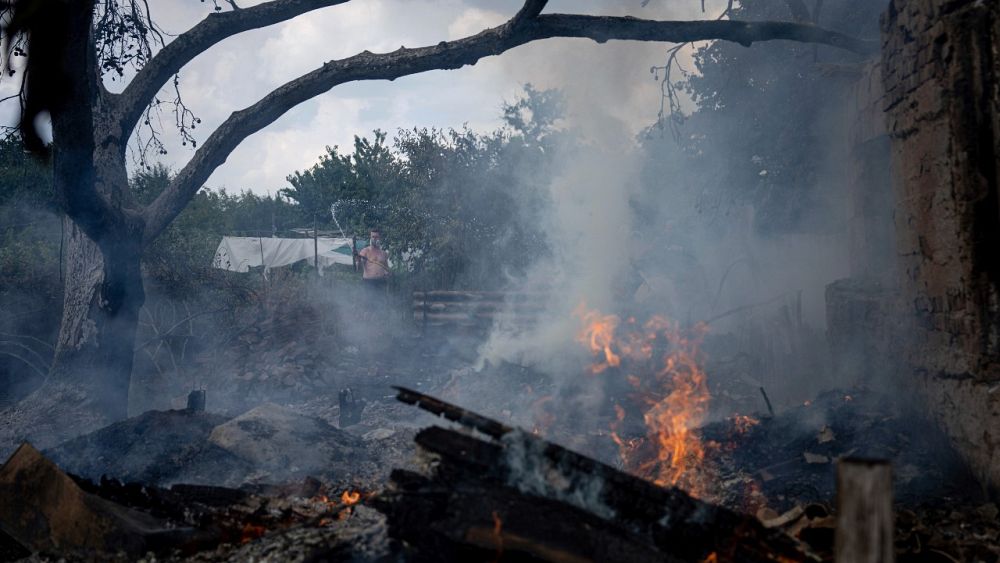 The head of Amnesty International in Ukraine, Oksana Pokalchuk, has resigned after the NGO printed a document blaming the Ukrainian militia for endangering civilians.

Kyiv reacted furiously to the document that accuses it of striking bases and guns in residential spaces — together with faculties and hospitals — because it has sought to repel the Russian invasion.

“I am resigning from Amnesty International in Ukraine,” Pokalchuk stated in a commentary on her Facebook web page on Friday night time, blaming the document for unwittingly serving “Russian propaganda”.

“If you don’t live in a country that has been invaded by invaders and is tearing it apart, you probably don’t understand what it means to condemn an army of defenders,” the Amnesty Ukraine reliable added.

She stated she had attempted to persuade Amnesty International’s control that the document was once partial and didn’t take note the perspectives of the Ukrainian Defence Ministry.

Amnesty stated on Friday that it totally supported the document.

But Ukraine’s President Volodymyr Zelenskyy accused the NGO of shifting “responsibility from the aggressor to the victim” and “attempting to grant amnesty to the terrorist state” of Russia.

Pokalchuk claimed that Amnesty had approached Ukraine’s defence ministry however “gave it very little time for a response”.

“As a result, the organisation unwittingly published a report that seemed to unwittingly support the Russian version. In an effort to protect civilians, this report has instead become a Russian propaganda tool,” she complained.

In an previous Facebook publish, Pokalchuk stated Amnesty had unnoticed calls from her crew to not post the document. “Yesterday I had the naive hope that everything could be fixed and that this text would be replaced by another. But today I realised that this would not happen,” she added.

On Friday, the NGO’s Secretary General, Agnès Callamard, confident that the document’s conclusions had been “based on evidence obtained during extensive investigations subject to the same rigorous standards and verification process as all Amnesty International’s work”.

In its document, printed after a four-month investigation, Amnesty accused the Ukrainian military of setting up army bases in faculties and hospitals and launching assaults from populated spaces, a tactic it stated violated world humanitarian regulation.