BAN vs WI 1st Test: Shakib and Nurul save Bangladesh from innings defeat, West Indies are now 35 runs away from victory 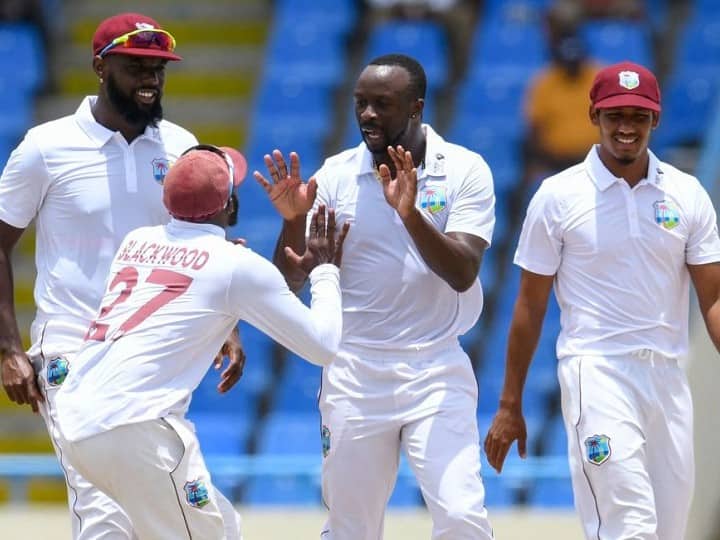 Windies were close to winning the Test on the third day of the match but a 122-run partnership between Bangladesh captain Shakib Al Hasan (63) and wicketkeeper Nurul Hasan (64) averted the defeat. Due to the half-centuries of these two batsmen, the Bangladesh team also managed to avoid the defeat of the innings. Bangladesh’s second innings ended on 245 runs and thus West Indies got a target of 84 runs for victory. By the end of the third day’s play, the West Indies team had scored 49 runs for the loss of 3 wickets.

Bangladesh team was bundled out for 103 runs in the first innings
Bangladesh team could only score 103 runs in the first innings on the very first day of the match. 6 players of the team could not even open the account. Due to the fifty from captain Shakib Al Hasan alone, the Bangladesh team was able to cross the 100 mark. After this West Indies scored 265 runs thanks to the innings of captain Craig Brathwaite (94) and Jermaine Blackwood (63). In this way West Indies got a lead of 162 runs on the basis of first innings. After this, Bangladesh’s second innings was once close to being confined within this lead, but Shakib and Nurul took the Bangla team to 245 runs.

Windies are 35 runs away from victory
Chasing the target of 84 runs from Bangladesh, West Indies had a very poor start. The Windies team had lost their three wickets for just 9 runs. However, after this the Windies batsmen had scored 49 runs till the end of the third day’s play without losing any more wickets.

ODI Highest Score List: England has three highest scores in ODI cricket, know when and how these records were scored

ENG vs NED: From highest score to most sixes, these 10 big records were smashed in England-Netherlands ODI